The Kentucky in the Civil War Message Board

Confederate soldiers didn't ordinarily have any formal training period. In September 1862 Confederate recruiters would have been active in the central part of the state, as the army occupied major population centers for the first time. This lasted until the middle of October 1862, when the defeat at Perryville KY obliged a retreat from the state.

Confederate efforts in the state would have been aided by the presence of more Confederate soldiers from Kentucky as well as their popular and well-known leader, former presidential candidate John C. Breckenridge. Unfortunately these soldiers had been campaigning in East Louisiana and Mississippi. Recruits would not have been able to join their regiments until November 1862 when the Confederate army settled in new camps near Murfreesboro Tenn.

How did they moved from Point "A" to Point "B"? Soldiers marched from Richmond KY to Cumberland Gap, then to Knoxville TN. From that point they moved via rail through Chattanooga TN to Murfreesboro. At that time recruits from Kentucky joined their regiments.

For what it's worth, my father gave me the John Paul Strain painting below which depicts the 6th Kentucky Regiment during the Battle of Murfreesboro -- 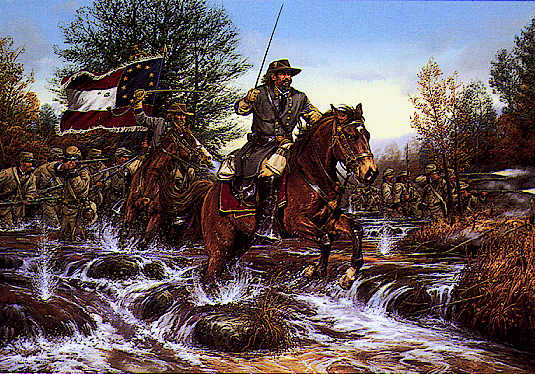